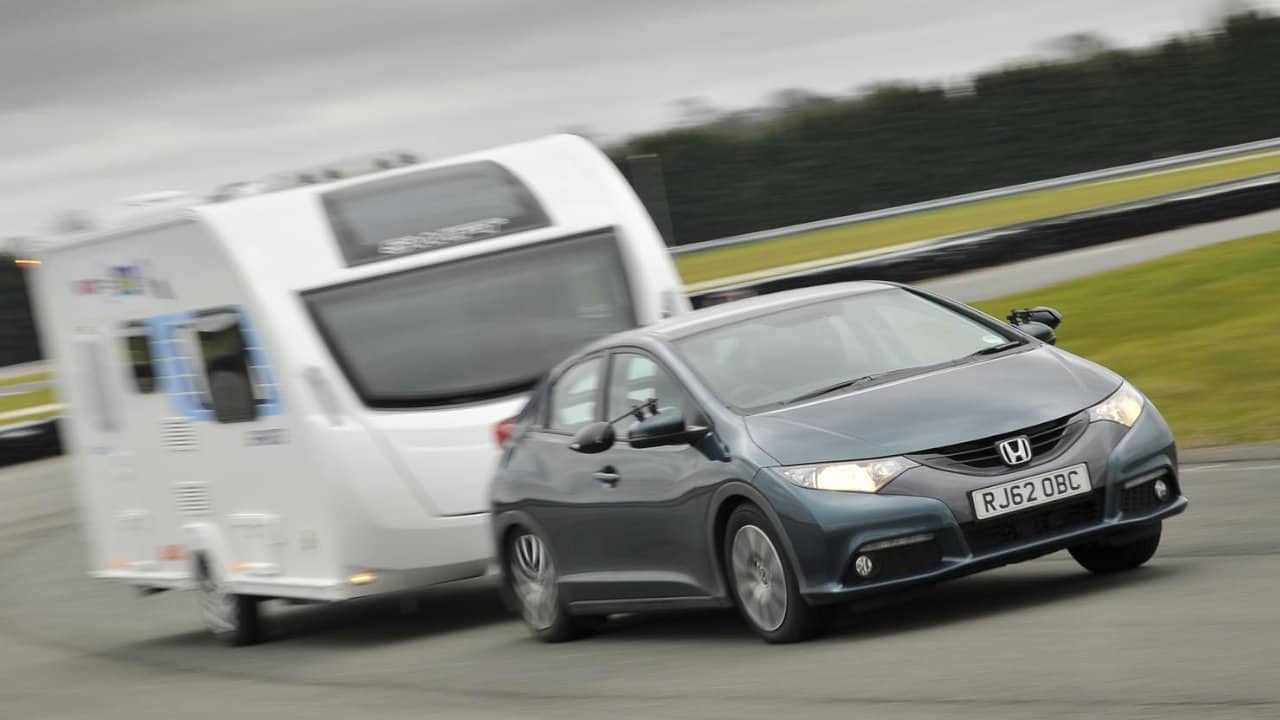 Road safety experts have expressed concern over moves to scrap tests for drivers who want to tow a heavy trailer or caravan as policy makers race to lighten the load for examiners and get more HGV drivers on the road.

The proposal is part of a DVSA consultation which proposes significant changes to existing regulations to relieve problems caused by a shortage of lorry drivers as a result of Brexit and the Covid pandemic.

Currently, drivers who passed their car test after January 1, 1997 can only drive a vehicle up to 3,500kg maximum authorised mass, towing a trailer of up to 750kg.

More experienced drivers who got behind the wheel prior to that date are granted ‘grandfather rights’, permitting them to tow a car and trailer combination of up to 8,250kg.

A typical family car and family caravan combination can easily weigh in at more than 3,500kg.

The timing of the consultation which ends on September 7 is controversial given the growing popularity of caravanning holidays, with 30,000 people taking the trailer test in 2018, up from 20,000 in 2014/2015.

As travel restrictions persist because of the pandemic, many holiday makers have decided to opt for ‘staycations’.

The Caravan and Motorhome Club has announced that sales leisure rose by 71 per cent in July last year, 37 per cent of which were by people who have never owned a caravan.

Neil Greig, director of policy and research at IAM RoadSmart said: “If a test is no longer a requirement, this raises some serious safety concerns, especially at this busy holiday time. We are very concerned the decision will exacerbate an existing safety situation as currently, as per DVSA’s own safety checks, up to one in six caravans they stopped had a serious safety issue, while four in 10 small trailers were also found with serious safety issues. Many of these could have been avoided by better training and awareness of towing safety best practice.”

“The DSA had a clear safety reason for introducing the test in 1997, and these reasons are still valid. People need proper training to be able to drive an articulated vehicle, particularly when they are doing so for the first time.”

The trailer and caravan tests are designed to help holidaymakers with some of the issues they may encounter while towing.

These include dealing with a lateral swaying movement of the trailer referred to as snaking, or pitching, which is when the caravan’s front end moves up and down, pulling the rear of the car around like a seesaw.

IAM Roadsmart says if drivers are no longer trained to manage these situations and the popularity of domestic holidays continues, the decision to scrap the test is likely to come under further scrutiny.