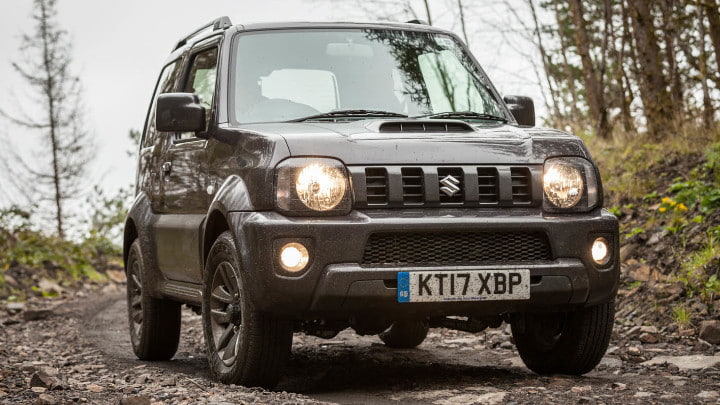 With its distinctive looks and great off-roading abilities, the Suzuki Jimny was born to be on an adventure

The third generation Suzuki Jimny had a very long run from 1998 to 2018 with various updates along the way, including a facelift in 2012. It's a great vehicle for a bit of urban fun, and is also one of the best off-roaders on the market.

Like all Suzuki models, it’s reliable and long-lasting, but out on the open road, it’s hard for many people to live with because of the tough 4x4 suspension needed to manage rough terrain without damage.

The off-road orientated setup bounces occupants around unmercifully over anything but the smoothest of black stuff, and becomes very wearing over longer journeys.

Combined with the short wheelbase, it makes for a very lumpy, choppy, uncomfortable ride much of the time.

There's only one engine option, a little 84bhp, 1.3-litre 4-cylinder petrol, and it has more than enough power off-road, when combined with the standard set of proper low ratio gears.

The Jimny has been taken over some horrendous terrain, through deep mud and deeper rivers, and up and down impossible-looking slopes without ever needing a tow out.
Peter Hayward

On the road, the engine is still driving all four wheels and what with the weight of the heavier drivetrain and a shape rather less aerodynamic than a small barn, performance is not up to much and neither is economy for such a small vehicle.

There's reasonable acceleration up to 50mph, but above that it struggles, and when cruising at 70mph on the motorway – almost its top speed - economy drops considerably. The government combined figure is 38.7mpg.

Although the road holding is reasonable, with a fair amount of grip, it will not corner safely anywhere near as fast as an equivalent family hatch.

Noise, from the engine, wind, and road is also bad at speed, but if you’re coming from an older 4x4, it would feel fine.

The shape is, as it’s always been, that of an overgrown Tonka toy - but make no mistake - this is not a softie.

The dated interior matches the square exterior looks, and there are only four seats, with the rear two right above the rear wheels and still leaving little legroom. The boot is tiny and hardly worth mentioning unless you put the back seats down.

Find your Suzuki Jimny your way with CarStore

The Suzuki Jimny was designed with the muddy stuff in mind, and this is where it excels. Whilst it's not the easiest to live with on a day-to-day basis, its small dimensions and four-wheel drive setup allow it to attack the harshest of terrains. So, if you love an adventure, it may be the perfect car for you. 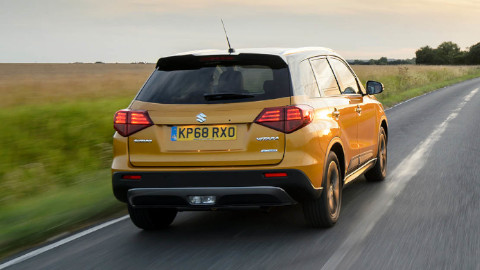 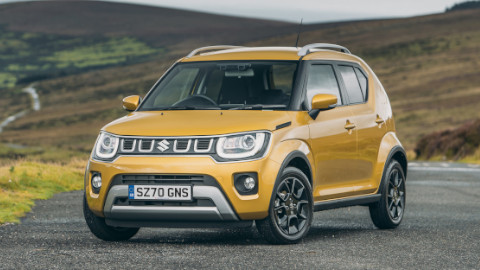