As one of the larger cars in the MINI range, the Countryman merges good levels of practicality with the MINI charisma that's loved by many

If you asked which model epitomised the Great British love affair with everything MINI, then a top contender is the jacked-up, beefed-up, Countryman.

Forget the rest, for this was the “Big Daddy” of the range, the first to feature five doors, five seats and four-wheel drive (ALL4).

Yet the car still offered the same charm and all-round appeal that has been part of the MINI heritage that started way back in 1959.

Even now, the Countryman is a pretty unusual sight, and that’s why they create a bit of a buzz whenever they make an appearance.

Highly alluring with its 17-inch alloys, muscular three-piece grille, roof rails and wheel arches, side sills and under body protection, it certainly has what it takes in the looks department.
Bruce Booth

Inside, it’s still MINI through and through, with the trademark circular theme from 1959 highlighted by the large round dial in the centre of the dash housing the speedo, fuel gauge and all the car’s infotainment systems.

The rounded theme continues with oval door and rearview mirrors, while circular air vents and door handles finish it off.

The Countryman came beautifully finished and nicely equipped, with air con, electric windows and mirrors and rear parking sensors all fitted as standard.

Grown up almost beyond recognition and now owned by BMW, the MINI is a totally different kettle of fish from that of the original offering.

Launched in 2010, the first generation Countryman was to become the fourth model in the MINI range, joining the Hatch, Convertible, and Clubman versions, all bestsellers in their own right.

And in another first for the brand, it was also available with a highly-efficient, part-time four-wheel drive system, which kicks in when the going gets tough or when road conditions get slippy.

From day one, the original MINI offered fun all the way down the line, and the Countryman is no different. It retains the same point and shoot dynamics as the rest of the range, even though it’s taller and both wider and longer.

The Cooper D ALL4 kicked off with a 1.6-litre engine which pumped out 110bhp and pulls 199lb ft of torque.

These figures mean used buyers won’t be disappointed with either the car’s performance or consumption figures. 0 to 60mph in circa 11.6 seconds and a top speed of 112mph, while fuel consumption is a credible 60.1mpg on the combined cycle.

As a load lugger, there’s masses of space inside, well at least from a MINI perspective. With the rear seats up, there’s 450 litres waiting to be filled. Take the seats down and the space increases to a whopping 1,170 litres.

From 2011, Mini Cooper D ALL4 models were available with a 112bhp 2.0-litre diesel engine mated to a 6-speed automatic transmission. However, there's a range of petrol and diesel engines to choose from across the range.

Find your MINI Countryman your way with CarStore

The MINI Countryman is a small SUV that's packed with character, making it a popular choice amongst many. Offering enhanced practicality and four-wheel drive availability, the Countryman is a match for a variety of challenges. 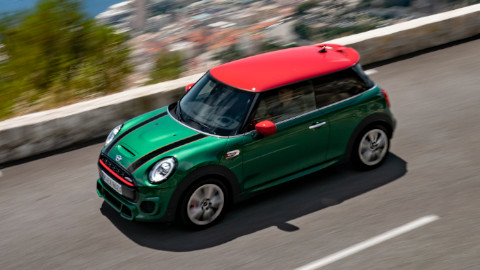