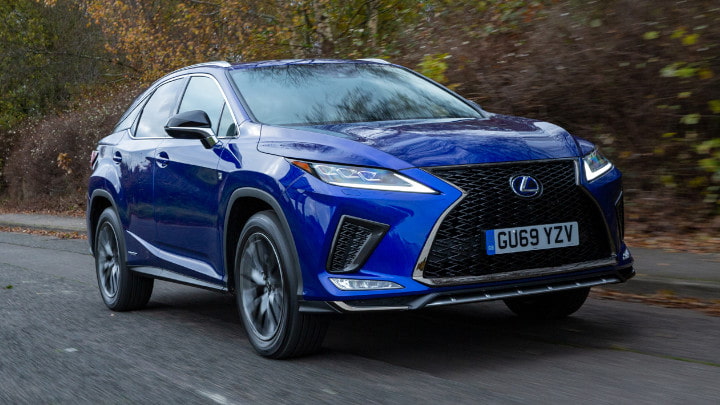 As one of the biggest cars in the range, the RX SUV offers enhanced practicality as well as the usual Lexus traits of comfort, reliability, and refinement

The name Lexus is synonymous with superb quality, marvellous refinement and top level equipment throughout the world.

Some of the earliest cars to bear the name are still going strong with more than 300,000 miles on the clock, and the company was right at the forefront of the petrol/electric hybrid revolution, installing twin motor systems in all its models.

The refinement and quality extend to the big RX SUV, and since 2015, it's been a favourite amongst business people and families alike, because of its excellent economy and low emissions for such a large vehicle.

But the 'gatemouth' grille that Lexus has on all its present models is not to everyone's taste, but it's all about personal preference.

The hybrid models, which are the most common on the used market, have a 3.5-litre V6 plus an electric motor, which together produce 308bhp. The 60mph sprint takes 7.5 seconds, and economy should be a best of 47mpg.

This big 4x4 is immensely capable on the road or off – although few owners are likely to head into the rough stuff and take the chance of damaging such an expensive machine.

It has similar power and performance to most other large SUVs on the market, but the hybrid system means it emits much lower levels of carbon dioxide.

The petrol/electric power combination is silky smooth, and as long as the batteries are charged, it will run on electric power alone when driving under 30mph.

The petrol engine then cuts in seamlessly whenever more power is needed, and charges the batteries as you drive.

Occupants will never notice which type of power is being used because everything is so beautifully smooth and quiet.

Drive is to all four wheels through a standard continuously variable (CVT) automatic gearbox, and this really takes the strain out of driving in any situation.

The engine has stop-start for heavy traffic to help save fuel, and when pressed, petrol and electric power systems work together for maximum acceleration.

As befits such an up-market car, the ride is superb over all surfaces, even soaking up speed humps and potholes in town.
Peter Hayward

Yet this is a car that can still be hustled along a back road, giving very good grip and roadholding even though there's a fair amount of roll – just as there is with most other big SUVs.

As well as the normal SUV, there's also a 7-seat version with a longer body called the RX L, for those who need the extra space.

Other similar vehicles, even with diesel engines, rarely give better economy than the RX’s 47mpg - and no diesel is ever as smooth.

It also has audio remote control, a CD and DVD player, and leather upholstery with electrically adjusted and heated front seats.

Find your Lexus RX your way with CarStore

The Lexus RX is a large SUV that offers a comfortable and practical interior and a super reliable selection of powertrains. With its extensive range of equipment and top build quality, the RX makes for a great alternative to more common rivals on the used market. 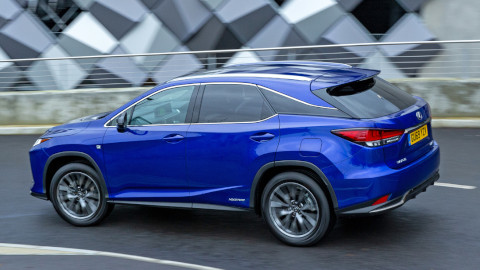