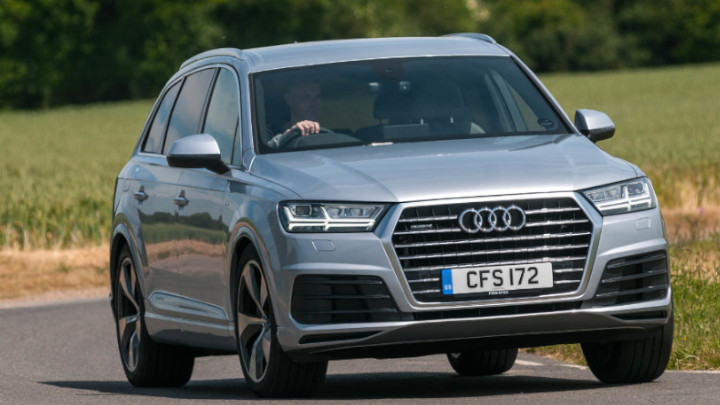 Great to drive and super practical, the Audi Q7 competes with big names in the SUV segment and makes for a fantastic all-rounder

If you want to be noticed, the huge Audi Q7 is one of only a couple of European SUVs that can compete with the Range Rover.

It looks about the size of a double garage and has as much presence as a five-tonne truck.

But despite that bulk, it corners better than most big 4x4s thanks to standard air suspension, which also ensures a marvellously cosseting ride over all surfaces.

Now very few owners are likely to take such an expensive vehicle off-road, but it does have the quattro four-wheel drive (4WD) capability should you want to chance it, and will certainly keep moving in the depths of winter where most ordinary cars would flounder.

Like the Range Rover, the Q7 is at the pinnacle of SUV ownership, with top quality luxury, sportscar performance from many models, and hybrids capable of over 100mpg. Unlike the Range Rover though, it comes with seven seats as standard – very useful if you often cart children around.

But make sure whoever is going to drive it knows they feel comfortable behind the wheel in tight spaces – like country lanes and car parks. It is a big vehicle to place both on the road and into a parking space.

The current model has been around since 2015 and has precise and reasonably informative steering. The 8-speed gearbox is automatic in all, and has paddles behind the steering wheel to make the changes manually.

The vast majority of used models available are diesels, followed by the later petrol/electric hybrids.

Pure petrol models are only slightly quicker in the main, and very thirsty by comparison. And the smooth diesels are almost as quiet and refined.

Performance is good in all, and brilliant in the most powerful, with excellent urge in the mid-ranges where it’s needed most.
Peter Hayward

Finally, there’s a plug-in diesel/electric hybrid with 367bhp that reaches 60mph in 5.9 seconds and is capable of 156mpg. It has an electric range of 34 miles and can be charged in two-and-a-half hours.

Ultimate diesel performance comes from the barnstorming SQ7 4.0-litre BiTurbo that boasts 435bhp and shreds the tarmac as it reaches 60mph in 4.6 seconds. It’s still rated at 29mpg too.

The first hybrid has the same petrol engine plus an electric motor and power goes up to 375bhp. It also reaches 60mph in 5.7 seconds, but is rated at 97mpg.

Best buy for most people would be the 3.0-litre diesel, which seems to be the most numerous on the used market. There’s a surprise.

All have normal, sport and manual modes for the gearbox, but the auto is so good – as most modern autos are - very few owners are ever likely to do the changes themselves.

The cabin ambiance is very special and the only downside is the MMI climate/stereo/sat nav screen control system, which is tortuously difficult to master and far too complicated.

Space is massive, and the middle row of seats offer good head and legroom, while the rear pair come up easily out of the boot floor.

Access to them is a squeeze, but they have space enough for two adults, and they're perfect for children.

All models have an alarm, traction control, alloys, climate, audio remote control, electric heated seats with lumbar support and loads of airbags and other safety devices.

But when new, there was a huge extras list, and most used examples will have added spec – as you might expect at this level.

Find your Used Audi Q7 your way with CarStore

Large SUVs don't get much better than the Audi Q7. Top levels of practicality, a comfortable yet engaging drive and various bits of advanced equipment are just a few of the reasons as to why the Q7 is a top choice for British families. 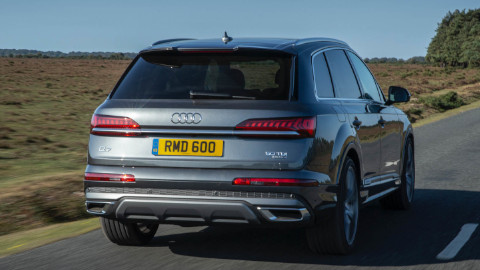 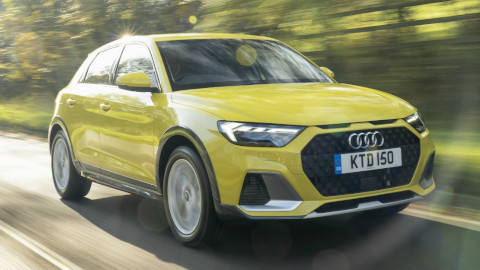