How to save fuel when driving

With the ever-increasing cost of living taking its toll, many are searching for ways to save money while driving. One such way is by getting the most out of a tank of fuel, reducing expensive trips to the petrol station to refuel your car.

However, getting good fuel economy is trickier than some may think, as there are multiple factors and driving techniques that are worth considering when trying to save petrol or diesel. Incorporating some of the tips below into your daily driving can help you save fuel and a lot of money in the long run.

We've also answered some of the most frequently asked questions related to fuel saving. 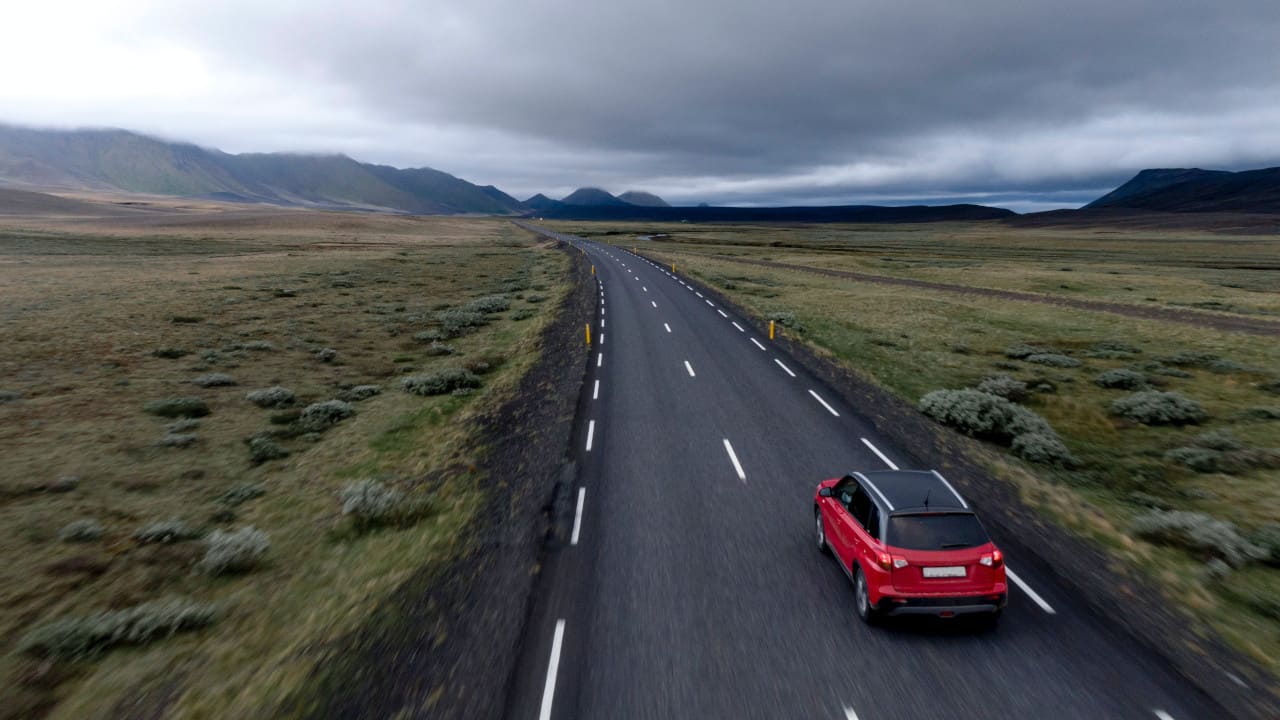 The way your car operates is arguably the biggest factor when it comes to saving fuel, particularly your car's engine and its average miles per gallon (mpg) figure. There are plenty of used cars out there that offer impressively efficient powertrains, but the general rule of thumb is the smaller, the better when it comes to fuel savings.

For example, a small city car such as the Volkswagen up! offers fuel economy figures of up to 69mpg from its 1.0-litre petrol powertrain, while a large SUV such as the Land Rover Discovery offers a best of around 33mpg from its 3.0-litre diesel.

You may also want to consider a car with a mild, plug-in, or full hybrid powertrain, and avoid powerful, sporty cars. Hybrid cars are often more efficient than their traditionally-powered counterparts due to their additional electric motor, while sportier cars require more fuel to power their dynamic engines.

Be smooth when driving 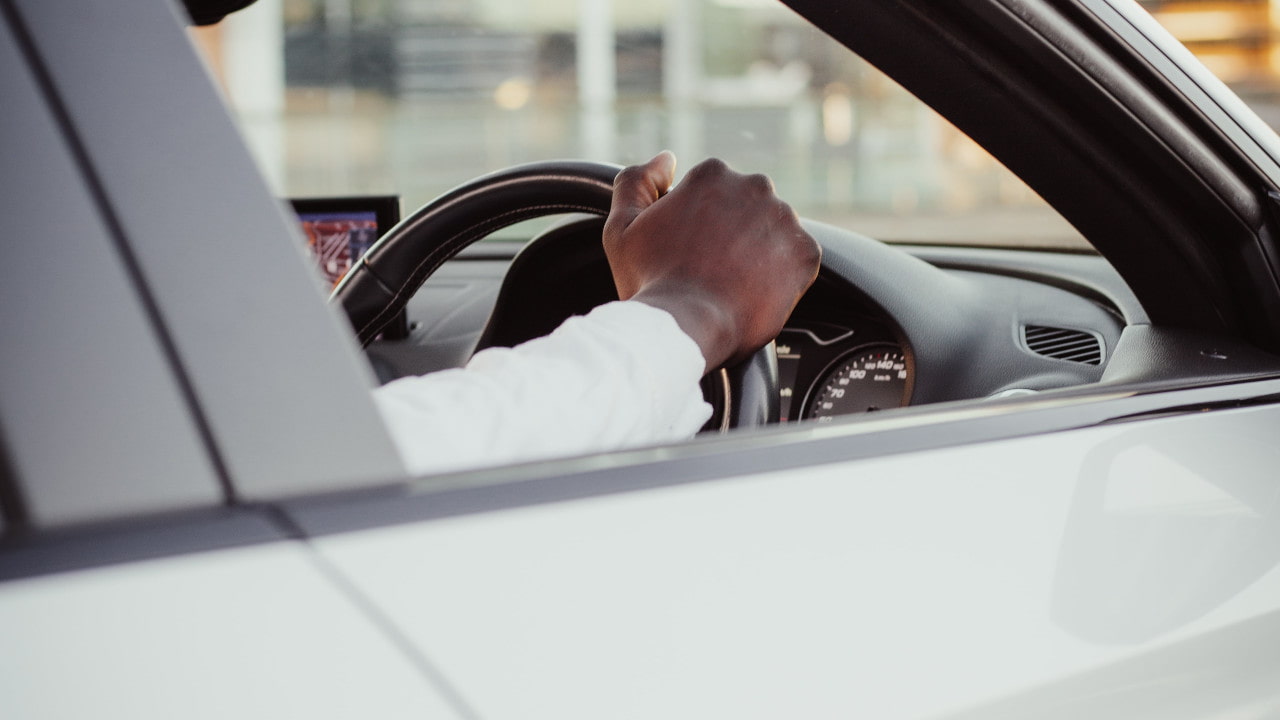 Smooth driving has been proven to save fuel, as your car's engine doesn't have to work as hard to get you where you need to be.

Of course, this may be tricky to do in busy town centres, but out on main roads and motorways, it's fairly straightforward. If you do find yourself in a situation where you have to slow down, you should get back up to speed by gradually depressing your throttle, as opposed to stamping on it.

A proactive approach is better than a reactive approach, so you should attempt to anticipate potential hazards, traffic light changes, and traffic speeds where possible. There'll be opportunities for you to slow down slightly to give the conditions time to change, rather than coming to a complete stop.

Speeding can also hamper your car's fuel economy as your engine is being pushed harder than needed. So, to save fuel and money, stick to the speed limit and adopt a relaxed driving technique. 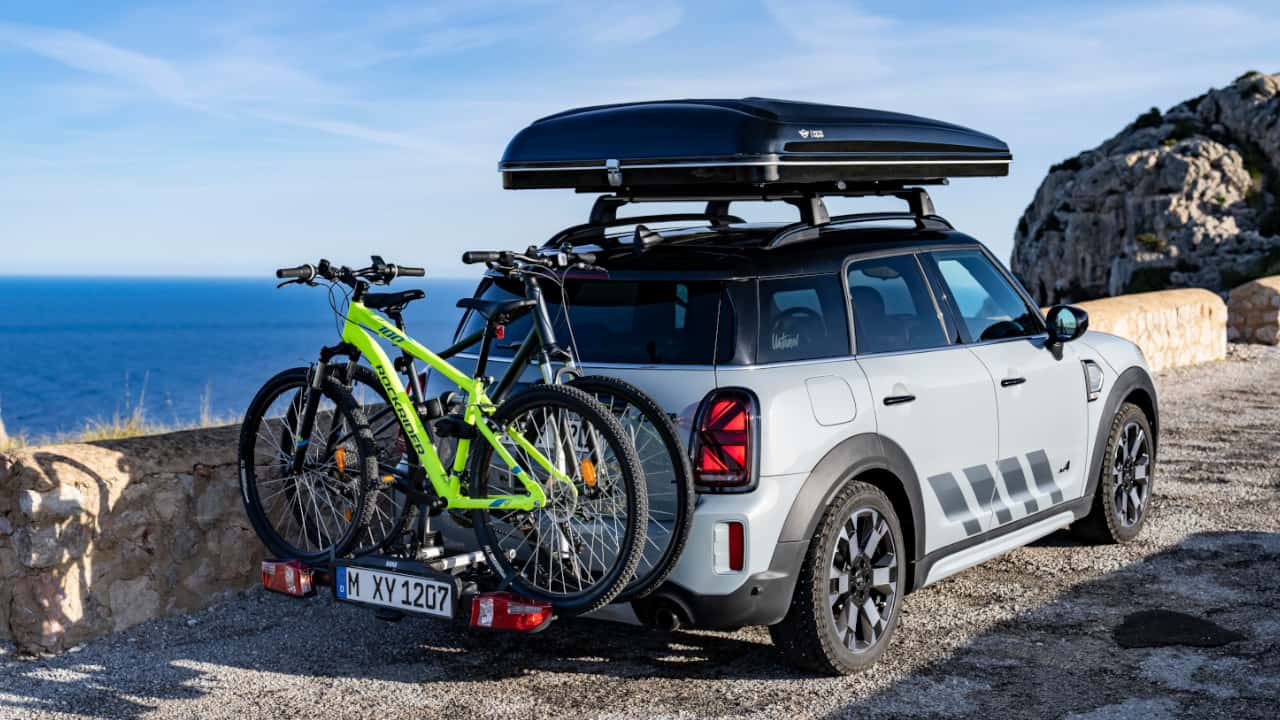 Drag coefficients have become a talking point within the motoring world in recent years, as car manufacturers strive to reduce this figure as much as possible. If a car has a low drag coefficient, it means it's less susceptible to the effects of wind and air resistance, which equals better performance and fuel economy.

Adding additional extras such as bike racks and roof bars not only increases the coefficient, but it also adds weight, harming your chances of saving fuel. Our advice is to ditch unneeded heavy luggage and equipment from your car when not in use, and enjoy the efficiency benefits that come with it.

Having your sunroof or windows open also increases drag, forcing the engine to work harder. These should be closed when possible, but on extremely hot days, reducing the margin in which your window is open will be beneficial.

Service and maintain your car 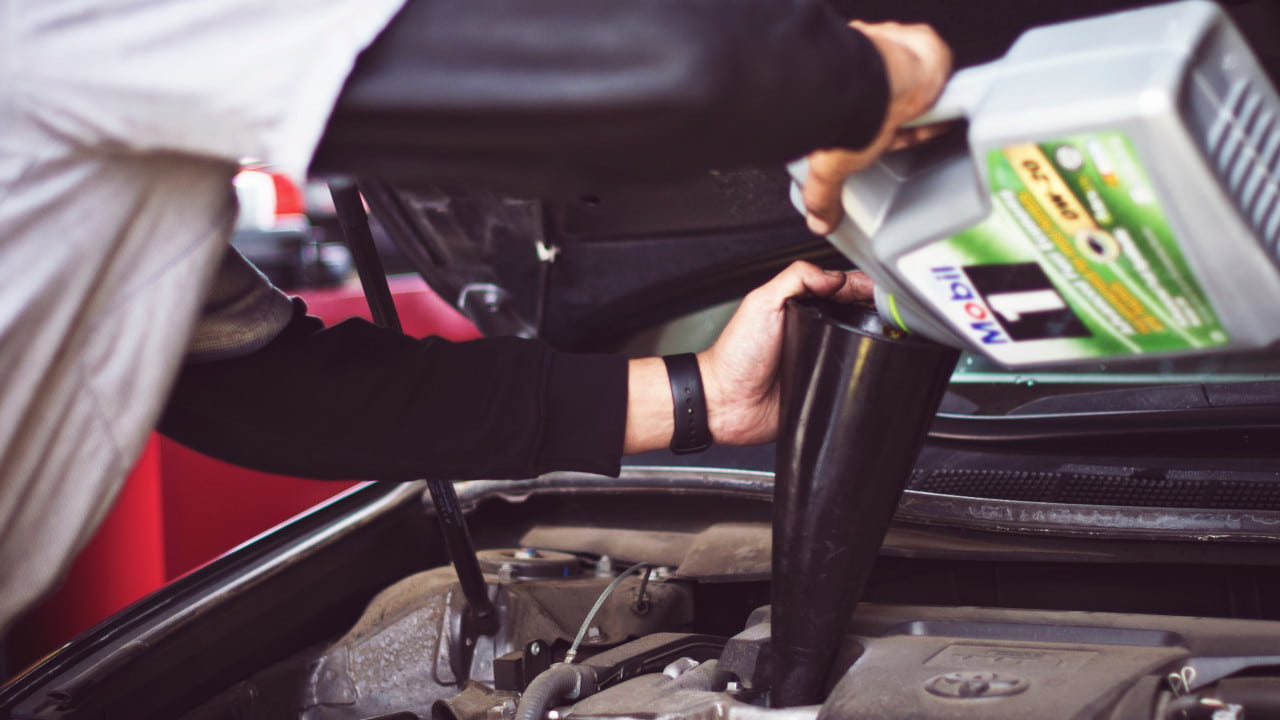 Keeping your car in good working order is crucial if you want to get the most out of a tank of fuel, and to do so, you'll need to follow your manufacturer's recommended service schedule.

Regular servicing is a proven method of improving your car's performance and reliability, as consumables such as fluids, lubricants, and filters are being checked and replaced if and when needed.

You may also want to check your car's wheel alignment, as it can be affected by something as small as a pothole – if it's not in its optimal working range, then your fuel economy will take a hit. The same can be said about your tyre tread and pressure, as incorrect levels of either can increase rolling resistance and decrease fuel efficiency.

Use your car's tech wisely 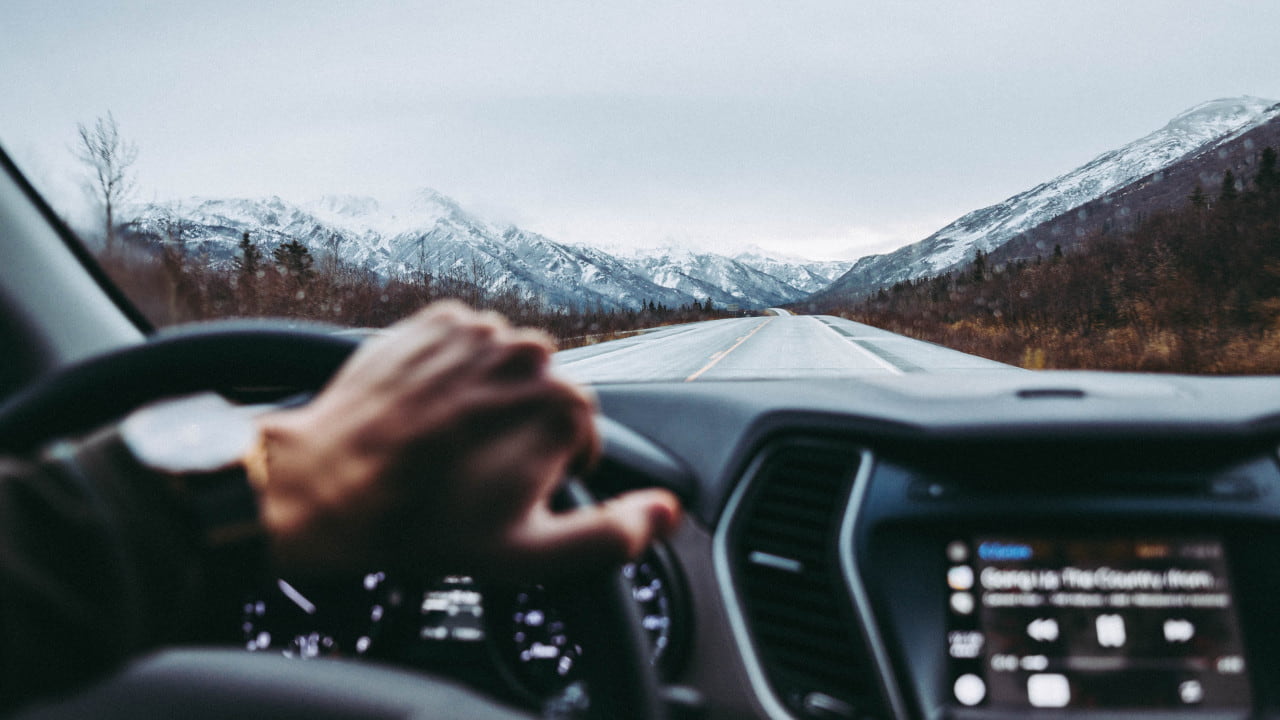 Nowadays, most modern cars come with a range of technology that can be utilised in your quest to save fuel. One such example is a sat nav system, as this will provide various routes to your destination dependent on traffic, time, and distance. It's always best to plan ahead and use this tool, as there may be a shorter way to your destination without you even realising.

Unnecessary idling when stopped at traffic lights is also a well-known fuel economy killer, as your engine is running when it doesn't need to be. One such way to negate this issue is by capitalising on your car's stop-start system, which is a common feature on many used cars today.

Stop-start is a system that will automatically turn the engine off when stationary and in a neutral gear, saving you fuel in doing so. To get going again, simply depress the clutch, and the engine will fire back up ready to get you moving.

Another bit of kit we'd recommend using is your car's driving modes (if it has various to choose from). Many cars offer an 'Eco' driving mode, where it usually reduces overall power output to increase fuel economy. Some cars, such as the MINI Hatchback, also have little games to play while driving in 'Eco' mode, where your score is dictated by how green you're driving. 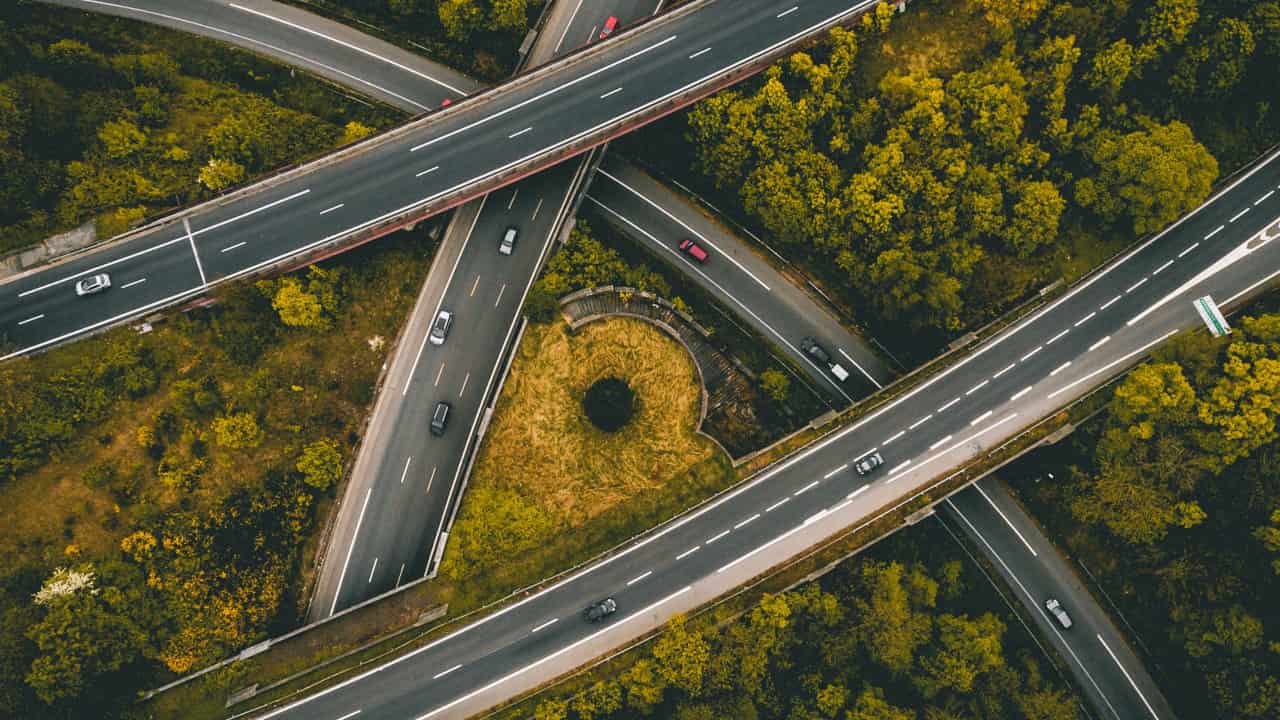 Hypermiling is a well-known driving technique to maximise fuel efficiency. Essentially, if you're a 'hypermiler' you will always seek fuel saving ways of reaching your destination. If it's a short drive, you may walk or use public transport, but if it's a longer one you'll pull out all the fuel saving techniques we've listed above.

Hypermilers adopt proactive techniques too, such as reversing into parking spaces, so they're facing in the right direction when they next come to drive, and facing their car into the sun on colder days, so they can avoid deploying energy to their heated windscreen to defrost any ice.

What does mpg mean?

MPG is a fuel economy rating that stands for miles per gallon, and what this means is how many miles you will be able to drive per gallon of petrol or diesel used. Official fuel economy ratings can be found online or in the brochure, but these don't always align with actual mpg figures. Your car's computers will be able to tell you your actual mpg.

When it comes to fuel saving, the aim of the game is to get the highest mpg you can, as the higher the number, the more fuel you save. If you adopt the tips we've suggested in the right way, then you will see your mpg rise in no time.

When is fuel consumption at its highest?

Fuel consumption is at its highest during acceleration as your engine is working hard to get it up to speed. This is why accelerating in a smooth manner and gradually increasing your speed when trying to save fuel is important, as your engine won't have to work so hard.

Yes, engine braking is known to increase fuel economy marginally, but over a long trip you'll be able to notice its impact if utilised correctly. Engine braking is more efficient than normal braking and can be done by taking your foot off the accelerator and letting your engine naturally slow you down itself, you'll just need to drop down the gears as it does so.

Anticipation is key, as engine braking requires more distance to slow you down. If there's any sense of danger, you should always resort back to normal braking to ensure safety for yourself and other road users.

There are numerous factors that can increase fuel consumption, but the most common include:

Save fuel, save money

There are plenty of ways to increase your fuel economy and save money while driving, and you should now be more clued-up on the best techniques. Adopting a handful of these techniques is sure to make a difference, meaning you'll spend less time at the petrol station refuelling your car.

Our used car collection is home to some of the most efficient available, so if you're looking to upgrade to something more economical, our associates at your nearest CarStore centre will be happy to help. 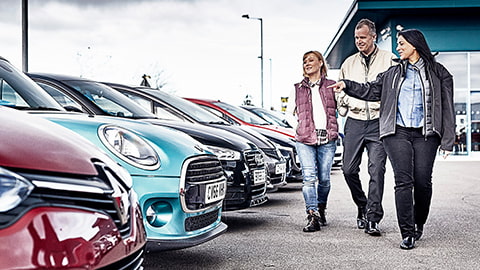 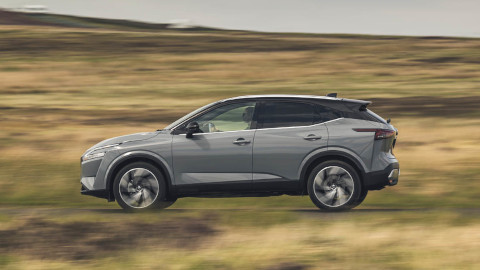 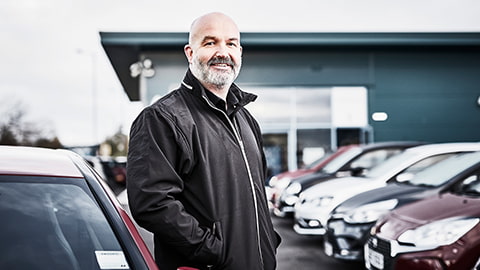 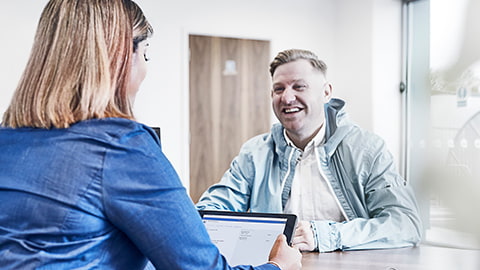